As a Vim user, the ESC key is an important one. To do Vim the proper way you’re constantly switching in and out of insert mode. The escape key, however, is a fair distance from the fingertips of most typists. The caps-lock key is the polar opposite - it’s rarely useful, yet in a prominent position on the keyboard.

Many developers rebind their caps-lock key to control. Control is used fairly often (particularly for those spending hours in a shell), but sometimes awkward to reach, especially on laptop keyborads.

On Mac OS X, using the aptly-named KeyRemap4MacBook, you can solve these two problems in one by binding the caps-lock key to escape if pressed alone, or to control if pressed in combination with another key. 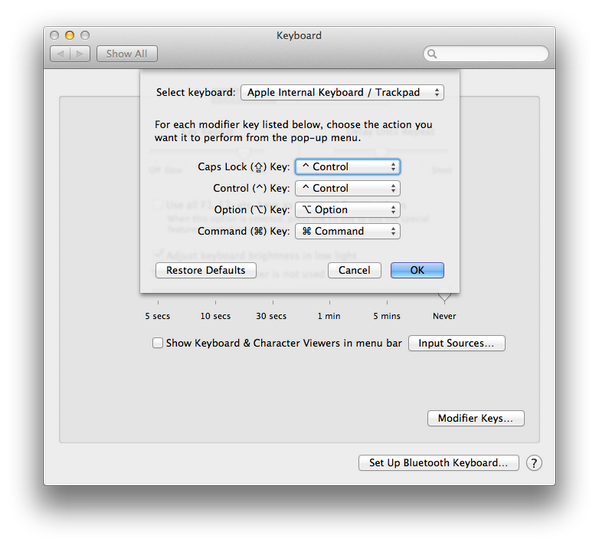 Then, in KeyRemap4MacBook’s preferences, enable this setting: 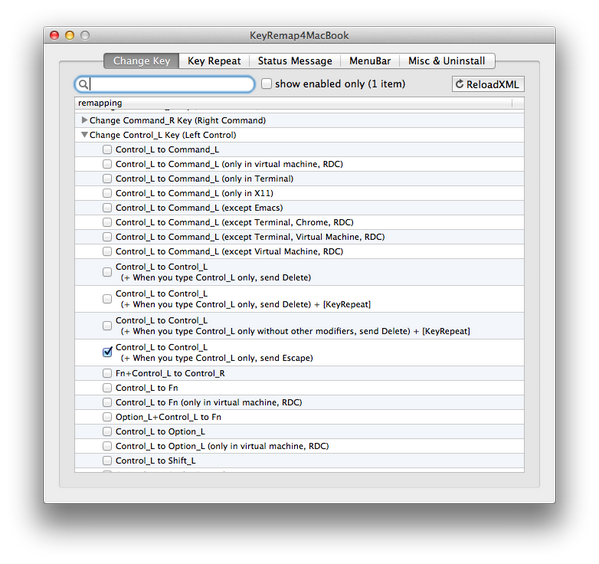 TIL: Vim is another side project by Jack Franklin.

I'm by no means a Vim expert, but wanted to share the things I learn in Vim as I attempt to get better and more efficient using it. I figured documenting it somewhere where others can see and contribute was a good way to do it.